WWE star, Nikki Bella, and her partner, Artem Chigvinstev have confirmed they are having a baby boy in August.

The pair made the announcement at a Mexico-themed gender reveal party on Thursday with family and friends in attendance.

Speaking in a confessional, Nikki said: “The first time I saw the 3D version of my baby, I immediately thought a boy, because the back was so jacked and strong.

“I was like, ”Oh damn, [if] that’s a girl? She’s gonna come out here and destroy people.” Which would be awesome.”

Nikki, who was previously engaged to fellow WWE superstar John Cena, announced in January that she and Artem were expecting their first child in a double-announcement that saw twin sister Brie also reveal she was pregnant with another child.

Brie is expecting her second child with her husband, wrestling favourite Daniel Bryan. The pair already have a daughter named, Birdie. 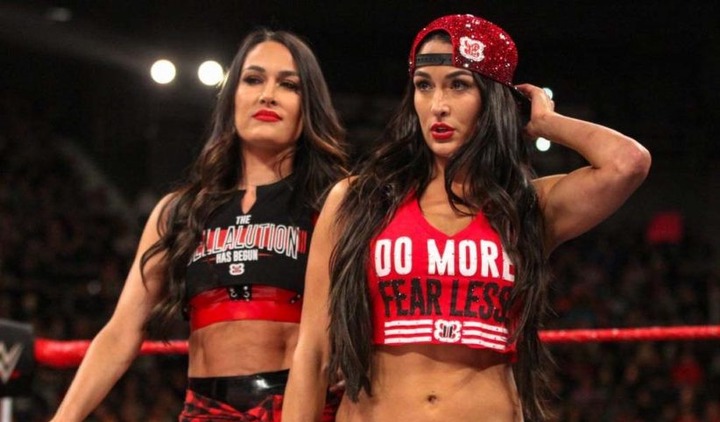